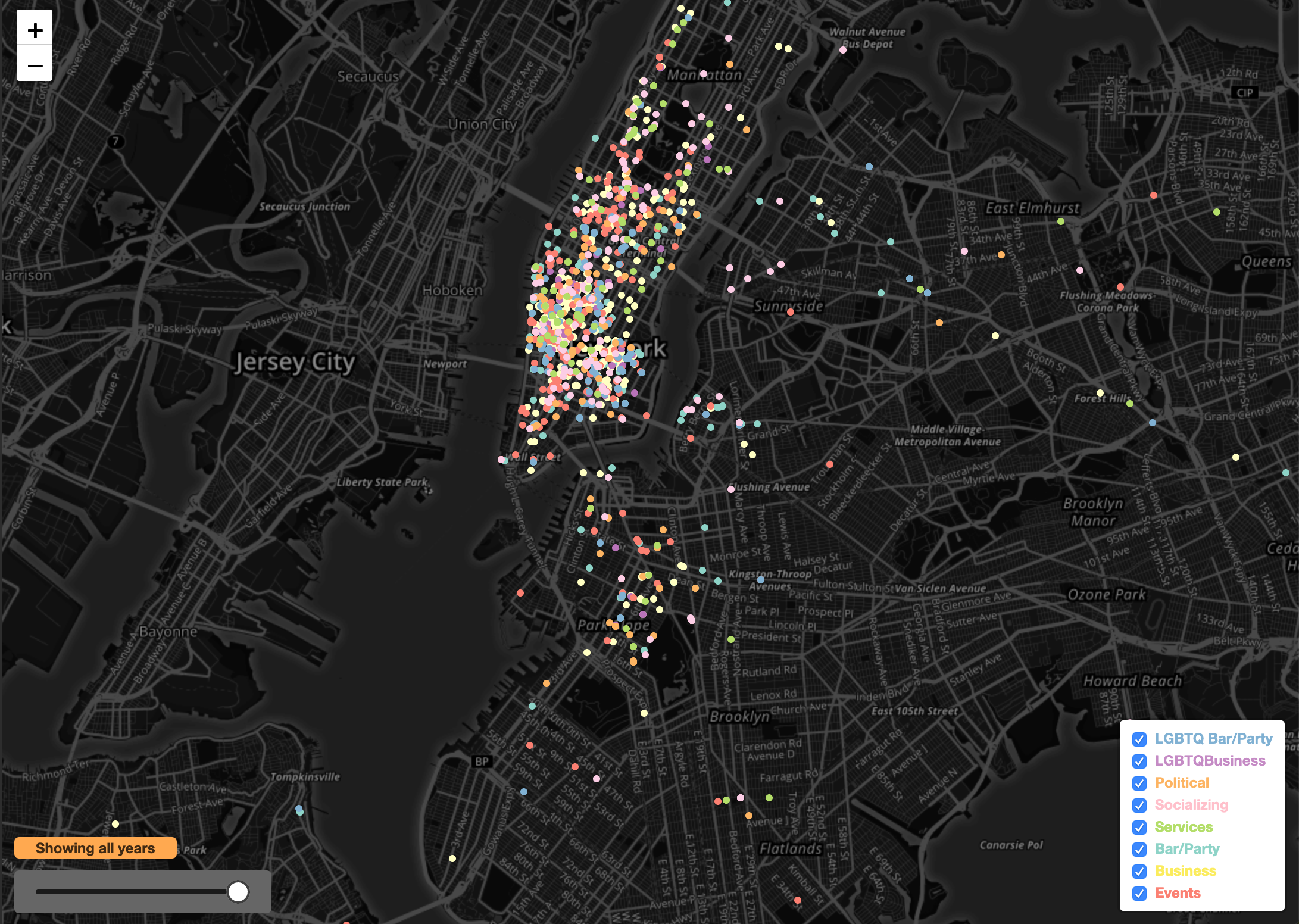 After years of drafting maps and data visualizations, I am finally launching the A Queer New York website. My aim is to represent the breadth of lesbian-queer life. Therefore, while I include the locations and stories of lesbian bars and feminist bookstores, I also map a wide range of places that speaks to the complexity and depth of everyday lesbian-queer experiences.

I explain more about the process of making the map on the AQNY site. I’m launching this map now because I believe it’s important to show the wide-range of lesbian and queer places in New York City that were mentioned, advertised, or listed in New York City and national lesbian publications from 1983 to 2008. Lesbian bars are one of the few places to be called “lesbian,” and much of the everyday experience of lesbians and queers–i.e., women, trans, and gender non-conforming people more broadly–is made invisible. For a thoughtful, detailed map of lesbian bar history in New York City, see Gwen Shockey’s Addresses Project here. For a broader map of LGBTQ nightlife, see Jeff Ferzoco’s OutGoing NYC which includes 150 years of LGBTQ bars, parties, clubs, and pubs.

The AQNY site will be a companion to my forthcoming book with NYU Press, A Queer New York: Geographies of Lesbians, Dykes, and Queers, 1983-2008. The site will eventually contain more data and stories about LGBTQ lives and experiences in New York City around the turn of the century, bookended between the cultural and political touchstones of the AIDS epidemic and The L Word TV show. For more on identity terms such as lesbian, dyke, and queer and why I use them in this way, click here.

I remain immensely grateful to the work of the Archivettes, archivists, and other volunteers at the Lesbian Herstory Archives whose efforts to keep lesbian-queer history alive and accessible allowed me to collect the data on this map.

A Queer New York is out!

A Queer New York is available for 30% off with code QUEERNY30.